YOUR LOCAL LEADER IN HOME FINANCING 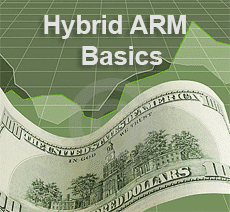 Mortgage terminology is often confusing to people and the hybrid ARM, or fixed period ARM (adjustable rate mortgage,) is a good example. In fact, it would be fair to say that most people do not understand many of the terms used by mortgage lenders, and tend to blanche when the term ‘hybrid’ is used in any financial context.

Here is an explanation of some mortgage terminology that can be confusing. We try to explain what a hybrid AM is in easily understood terms.  Use our comments box to indicate whether or not we are succeeding, and also to suggest clarification on any other form of mortgage terminology you have come across.

Mortgage terminology has developed over a period of time, and tends to run in line with the terminology used generally in the financial sector. Many of the financial terms used by mortgage companies are common to lenders in general, such as banks, building societies and even in some cases the financial departments of large multi-national retail stores.

You know exactly where you are with fixed rate mortgages. As natural inflation reduces the value of money, and incomes are increased in line, the amount you pay relative to the cost of living drops continuously until the loan period is up. So $500 per month in the year 2020, say, is less of a proportion of your income than in 2000 when your 30 year term began. That is one reason for many people liking fixed rate mortgage loans.

This is an option whereby the interest rate is fixed at a certain level for a number of years. These periods are usually 3, 5, 7 or 10 year periods. Once the set period expires, the mortgage interest rate becomes variable.  The way it varies depends on variations in the Financial Index. It can go up or come down, although you are strongly advised to be ready for an increase.

Mortgage interest rates tend to start low with fixed-period adjustable rate mortgages. That is a major reason for their popularity. Homeowners pay less for the first few years and then, when they are earning more, they pay more. For some, this is the only way they can afford to buy their home shortly after starting work.

The terminology used to describe a Hybrid ARM describes the fixed interest term and the number of rate adjustments that may occur each year once the fixed period has been reached. For example, in a 7/1 ARM, the fixed interest mortgage period is 7 years, and only one change in the rate will be made each year after the first 7.

The magnitude of interest rate changes is limited with Fixed-Period Adjustable Rate Mortgages. These limits are known as ARM caps.  There are two forms of such caps:

Adjustment ARM Caps:  Adjustment caps control the amount by which any individual adjustment can change your interest rate. Generally, this will enable the Lifetime cap to be applied over the term of the mortgage loan but not necessarily all at once from one year to the next.

The Effect of Inflation on Adjustable Rate Mortgages

It is important with such hybrid ARM mortgage agreements that you are sure you will be able to meet the higher repayment.  The potential level of these rates will be known to you from your two Hybrid ARM caps. The maximum might never be attained, but if we enter an inflationary period such as in the latter quarter of the 20th century, interest rates can increase and you may well be paying the maximum rate.

Pros and Cons of Hybrid ARMs

The main benefit of an adjustable rate mortgage of this type is that you will be paying less when you are earning least. You may be able to purchase your home at a time when house purchase would be impossible with a regular fixed interest mortgage.

The major disadvantage is that inflation could result in a hike in your interest rate to the maximum allowed by the cap. This could lead to severe financial problems – perhaps even to you defaulting on your repayments. Be sure you will be able to afford the mortgage at the higher interest rate, and if not then seriously consider saving until you can afford a fixed interest mortgage.

However, Hybrid ARM fixed period adjustable rate mortgages have their usefulness, and many people believe it to be the ideal solution for them. Many such potential problems can become hidden in mortgage terminology.  It is our purpose here to explain the pitfalls and also the advantages of options such as those above.

Get started with your free, no obligation fast rate quote now! Next Post Tired of Renting? Maybe It’s Time To Buy Your First Home